dance together, dance against 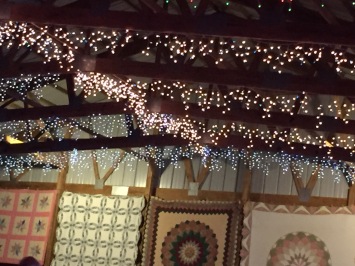 Power wants your body softening in a chair and your emotions dissipating on the screen. Get outside. Put your body in unfamiliar places with unfamiliar people. Make new friends and march with them.

Joanna and I went to a contra dance in rural eastern Tennessee last night, on a whim. Well, her whim, and thank God for it. She’s on a listserv and asked me to it. Don’t say no, she asked, like you always do. I didn’t — because she’s right, I always do. I am becoming someone who’s always tired at the end of the week, because oh the kids and oh the job. What’s on Netflix. But I want something else in our life, and to have something else you must do something else. So we did.

Hoedown’s the wrong word. Smackdown might be better. An entire weekend of dance: blues on Friday night, and waltzing on Sunday morning, but the whole of Saturday devoted to contra, the super-energetic, quite-American couples line tradition. Eleven AM to eleven PM: five or so dances, with a waltz at the end signaling a brief break for hydration and recomposure. Folks camped out or stayed in tiny cabins on the beautiful property. A potluck appeared while we were there. And bands and callers rotated in and out, astounding players who were nonetheless exhausted by the core of fifty or so dancers who had come to dance longer than you had come to play.

The evening was transporting. Like a Baz Luhrmann movie, I thought first: miles of twinkling lights crossed the roof of a hanger-sized open-air dance floor, with open walls overlooking pastures and one covered with enormous quilts. But then I thought of a fiesta in a Garcia Marquez novel; of the Festival of San Gennaro in Little Italy, two weeks ago; of the fair at Rome Catholic High in the upstate New York of my childhood, whose spinning midway could be heard and seen from my bedroom window and always signaled the end of school. All those places where night and light and occasion bring people out of their houses, down their stairs, to a new place that’s theirs and not theirs, to do a thing that’s alone and together all at once.

How can I capture the alone togetherness of the dance, the together aloneness. Robert Putnam used the phrase pejoratively, to describe our decaying social fabric; so did Phillip Jackson in 1968, about elementary school classrooms’ role in that decay. But I saw a celebration of individuals who came together to be in connection, but each autonomous and aloof in the ways they wished to be. Alone and together are both part of community.

Eye contact in contra is a tricky thing. My kind but firm teacher, a man in his sixties, told me the first rule was not to look down: there’s nowhere to go but your partner’s face, for a few seconds. There was exactly one person in attendance whose face I gaze upon comfortably at close quarters, and she tended to be elsewhere, by design (though she always came back, also by design). So I had to make do, with lots of new faces, one after the other.

There are so many ways to see someone you don’t know up close. Some opted for a formality and fixed smile, a presentation; some were flustered from the exertion and barely saw you, so engaged in their own experience; some joined in my instinctive laughing about my clumsiness and inexperience. But most didn’t do that last thing. We weren’t there to note my lack of skill, make me feel better by acknowledging and minimizing it. We were there for the dance, which was bigger than any one of us but needed our full attention to exist. It needed us to subsume ourselves into its exigencies and prerogatives. There isn’t time right now to make you feel better about how uncomfortable you are. We all need you to keep moving.

It became clear that you can’t learn by watching. And also that you can’t learn by doing — not in the sense of trying to practice a few basic moves, then put them together when called to. The only way I discern to learn the thing is to throw yourself in and be carried, until the way that life courses through the lines also carries you. Most of the forms did that: got metabolized into my body while there was still time to enjoy them before they changed. Some didn’t. But that was okay. Another one was coming, right now.

For any of this to work, a lot of other people had to be doing it. Had we all been neophyte as I, it would have been chaos. The system allowed some naive participation — but not much. It depended upon new folks coming back and getting better at it, so that they’d be part of the organism when more new folks arrived and needed a competently-held space for them to join too.

And oh, how those who knew what they were doing, did. Watching as much as I danced (well, a little more), I started to see all the ways that people were finding themselves, creating themselves, on the floor, in mutually-constituted connection with others. The flourishes, the dips, the spins. The claps and stomps at the outer rim of a turn, for no one but themselves. The ways that younger folks called older folks to passion, and older called younger to rectitude. (But not always: age, like gender and experience level, was amazingly fluid on this floor.) The ways connections became authentic precisely because they were mannered. The ways we are more than we are apart when we are together.

I didn’t think about Snyder’s book, and the quote that leads up top, until halfway through. But there’s so much to consider. The dance of democracy requires us to be out of our chairs and our houses, to meet each other. To be awkward at first, then practiced. Eventually, to be fully who we are within its structures. The night was freezing, but many of the dancers were bare-armed, barefoot, perhaps conceding to a fleece here or there. The heat wasn’t in the air or on the floor: it was in the movement. In the moment we made by showing up.

And finally the music stopped, and most of us repaired to a blazing bonfire under a three-fourths moon and cold stars. How interesting the conversations I overheard: familiar, but not anything like what you’d expect from folks who’d been as intimately connected as we’d been for hours. Reserve and apartness re-established, some. It was friendly, for sure, but different. This was a new space too. We’d been made more than we were by our willingness to be together. But there would still be work to do to sustain that connection out here in the real world.

As it must be, I think. It is always uncomfortable in community (“Be as courageous as you can,” Snyder’s last lesson) — but less so as we learn to be comfortable in the discomfort. Our connections to each other are sustained by our willingness to bring our energy to the forms we’ve inherited. Dance, school, voting, marching: we’re made more than we are by their potential to bring us together toward beautiful common purpose.

But eventually we go home, to ourselves. Where we can stay, if we wish. Only we can choose to keep returning. To find ourselves with each other. To grow less naive, more able to offer a hand to the newcomer. To sustain the pattern of civilization and democracy, for our own sakes and for others’, in every way we must against the insults that history predicts for us.

We are the change we wish to see in the world. Beneath the pavement, the beach. We must find the forms we love and trace them, embody them, make them part of who we are, with each other. Now more than ever. Enliven them with what only we can bring.

One response to “dance together, dance against”