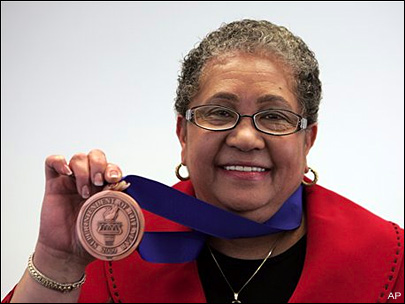 The Atlanta cheating scandal breaks our hearts, because – even though it looks like the fish rotted from the head – it causes us to question the integrity the most trusted person in our neighborhood: our child’s teacher.

The basic tensions accompanying pay-for-performance schemes are not that crazy or scandalous. People will be forced to act in their own interest if that interest is jeopardized by the terms of a contract, as Cuban lays out, even if that devil’s bargain means violating fiduciary trust that has been placed in them. If principals were told to boost scores by any means necessary or lose their jobs, they were in an impossible situation and handed it along to their teachers.

But the acknowledgment of self-interest in the hearts of teachers, who from our earliest years we feel exist only to serve us, is deeply discomfiting. We all remember how weird it was to see our teachers after hours doing grocery shopping or out at the movies; that they would have commitments beyond our own needs is almost unimaginable.  I wonder if that deep emotional need to believe our teachers are selfless only strengthens our tendency to blame the individuals caught up in such scandals rather than the social and cultural structures that put teachers in such positions. Here as in so many other places, it is more expedient to name and punish low-level bad actors, who are more vulnerable, than push for systemic analysis and redress.

More so because the ethical failings of teachers play out in our public conscience. In his libertarian take on moral hazard and the economic crisis, Kevin Dowd quotes Martin Wolf’s observation that “no other industry but finance has a comparable talent for privatising gains and socialising losses.” Is it not also true that no other institution but education has a talent for “socialising” both its gains AND its losses? Since all Americans who have been to school feel they know what their teachers’ values should be, they feel a personal violation when it is revealed that teachers have acted selfishly.

As we watched Waiting for Superman this summer, my students and I struggled with the pay-for-performance structure advanced by Michelle Rhee and the costs and benefits of its alternatives. These are not academic questions in a state that has been awarded $400 million in Race to the Top money, in part due to our commitment to linking student outcomes directly to teacher assessment (see p17 here for a quick look, or pp133-143 here for the relevant language in our state’s funded RttT proposal).

While I agree completely with Ravitch and Apple’s critiques of that film’s bold-faced propagandist crimes, I cannot deny its “dance of the lemons” stories of damaging teachers who are shuffled between classrooms because it is too hard to fire them and “rubber rooms” where unionized teachers loaf at full pay as their hearings drag on. I know some teachers abuse protections they were granted to incentivize them to stay with a low pay, low prestige job, and I can see the desire to find accountability in a system that historically has little (though it must be noted that impassioned calls for teacher accountability are rarely as passionate about accurately portraying of the data or exploring alternate systems of due process and security). That is a travesty, and must stop.

But isn’t the deeper question here – still – whether or not the care of our children is best managed by the same principles that maximize profit and efficiency in the business world? My colleague Michael Dale notes that in Hard Times, Dickens describes a world where the logics of pay-for-performance are played out to their logical end:

It was a fundamental principle of the Gradgrind philosophy that everything was to be paid for. Nobody was ever on any account to give anybody anything, or render anybody help without purchase. Gratitude was to be abolished, and virtues springing from it were not to be. Every inch of the existence of mankind, from birth to death, was to be a bargain across the counter. And if we didn’t get to Heaven that way, it was not a politico-economical place, and we had no business there.

The airtight common-sense of market-based social models (“neoliberalism,” for those jargonistas keeping score at home) continues to blind us to the a priori question of whether or not outcomes that can be measured are most worth measuring: whether competition thus scored does, in fact, encourage innovation and help us “win the future.” Those aspects of our work with students which cannot be reckoned as a “bargain across the counter” are systematically devalued by curriculum and assessment schemas that reduce the results of teaching to a number. I am increasingly troubled that Peter Drucker’s management dictum “if you can’t measure it, you can’t manage it” seems to have become the unquestioned common sense of education.

Isn’t a lesson of the teacher cheating scandals that some of the virtues necessarily “abolished” by pay-for-performance are altruism and hope in our perceptions of the children we teach? That P4P also undermines a crucial sense of vocation, autonomy, and self-respect among our teachers? These are profoundly significant values that we need our teachers to nurture in themselves and in their students. They are no less crucial just because they challenge measurement. Values like these are not strengthened by competition, quite the opposite: they only grow in conditions of safety, in conditions where adequate space and resources allow teachers and students to relax into relationships with each other and with curriculum. Competition and market pressures are good at weeding out weak links and identifying scalable profit generators. They are antithetical to the nurturing of conditions of trust and support. Education’s stuff is the latter, not the former.

The New York Times piece, tellingly, loops its account of teacher and principal perfidy back around to a hopeful vignette of an Atlanta parent making a decision to trust their school again this year with their daughter’s well-being.

“It was pretty shocking to have the national news right in front of us, but I’m pretty confident we can move forward and make things good from here,” Mr. Peterson said. “I may be wrong, but I believe that anybody in teaching is doing it for good reasons. It’s about helping people, not getting rich or famous. Progress is going to happen by parents and teachers working together. It’s up to us.”

It seems school remains a reliable, trustworthy, local institution in the eyes of its constituents, despite mounting evidence that institutional pressures are forcing it not to be. Would that our policy commitments could follow the same paths our hearts already find to the school. We would then be listening to the better angels of our nature, at least where our children our concerned, and be that much closer to finding effective ways to support great teachers while removing harmful ones.

What do you think?