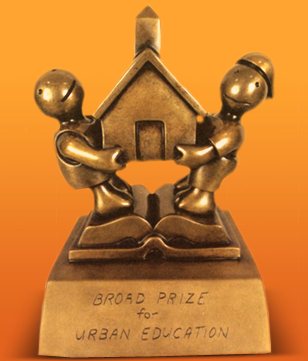 Thanks to Rob Helfenbein at IUPUI for sharing this via Facebook.

I am grateful for the bright line it draws between competition and privatization, which so many students don’t see initially. And why would they? We are easily dazzled by the idea that “competition encourages innovation” when it is divorced from its free-market roots. Ditto the links Peters makes between “rock-star” reformers and the appeal of Teach for America, which hurts the “professionalism” our field ostensibly seeks by reducing what it requires to a good heart and a degree – in anything – from a fancy school.

Which rolls me back to the question I can’t stop thinking about: is teaching a profession at all? Yes – if by profession we mean an endeavor that is hard, requires specialized skills, and is worthy of respect, which is what my students take the word to mean initially. But no, if by profession we mean a body of knowledge that only we own, and that we control access to. That’s part of how medicine became our culture’s profession ne plus ultra: by systematically trashing everything else as quackery, and therefore limiting access to who got to be called a “doctor” to those who agreed with them.

It seems to me TFA is bad for education on the first count, because part of how it works is by bringing the reflected light of the attractive and well-educated to shine on the poor and unsexy teaching job (while burnishing resumes with extremely desirable evidence of altruistic concern in a tough job market – sorry, that’s probably too cynical to say without documentation). In other words: your main qualification for being a teacher in TFA is being demonstrably smart already, not the five-week training you have to do (which is presumably all you need to get what my students take four years for).You don’t really need anything else, it says, and thus perpetuates a culturally-desirable but harmful untruth.

But then my criticism is vulnerable on the second count – because isn’t Ed school a place where the specialized skill of teaching is imparted to only those we see fit to have it? And am I not pulling a medical move by calling TFA “not really teaching”?

A little bit, and I think we can benefit from the critique: if we in the Ed school are making the simple complicated, only to ensure we are needed to help figure out the thorny problems we pose, then sure. (See this very funny Slate piece on architecture last week – I think we can all stand to have the air let out of us a bit). And definitely if social foundations classes like the ones I teach only bemoan how insoluble the world’s social ills are without affording future teachers a way through. But generally, I do not think that’s what Ed schools do. They try to provide exactly the sort of close attention to the challenges of the classroom that’s needed, and if they do their job they also provide time and space for students to settle into the contours of a life that is, after all, at least as much avocation as employment. Ed schools can’t really be tarred with the Med school brush, I don’t think.

Maybe the difference is in where the lines that are drawn around a profession lead. After all, when allopathic medicine closed down all the other healers’ shops, it got rich on the market it created. Ed schools aren’t getting rich – though of course they do need funding. Some might say they have been supported till now without accountability for their results, and that NCATE’s data-driven clampdown on measurable results is therefore required in order to justify their continued support. I personally see that phenomenon as far better explained by Peter Taubman’s perspective (in Teaching by Numbers, 2009): the ways Ed schools are being asked to prove their success are incommensurate with the stated goals of such oversight, and better explained as a “death of a thousand cuts”. There’s a lot more going on in that particular common-sense assault than I can gloss over here. (Get the book!)

Maybe it’s important to note that education, unlike medicine, is BOTH something everyone can do (every parent teaches, and every older brother or sister) AND something that it takes more focused attention and well-developed skills to do (when the goal isn’t teaching one child to ride a bike with unlimited time, but rather to teach thirty to read by Christmas). TFA conflates the two definitions into one, which ends up treating the goal like it’s riding a bike because that behooves the larger, control / privatization goals of those who characterize it as such. And maybe the greater concern, as is well-noted in the piece, is that most of these teachers all leave when two years is up, decimating any stable culture or longitudinal focus on kids. To strain the metaphor: it’s great to teach bike-riding on a sunny afternoon, but who lives in the home, and is there when the sun goes down?

That’s as far as I can get it this morning. What do you think?

2 responses to “Privatization, Teach For America, and “Common Sense””